For this apartment building, the idea was to create a body that would respect the contour and stance of the neighboring Laredo 17—also designed by Archetonic—whose central space separates the two bodies to create the new entrance to the building as if it related to a comprehensive program in three blocks.

Because of its slightly taller proportion, the new body would have a line that would be made blind in order to frame the horizontals with a void.

To reinforce this concept, the façade of the project was designed with plycem instead of concrete, generating a more consistent tone, favored by the creation of a single block. This version was rejected for regulatory reasons, so the project was inverted, leaving the blind block adjacent to Laredo 17 and the glass side opposite to it.

The blind block makes up a geometry of positive and negative spaces, solid and translucent at the middle where the void at the entrance becomes part of the transparent side of the building, with parking at street level and the vestibule on the first floor. This kind of display window on the corner faces toward the void with a play of inclined lattices, like mullions that emphasize the finish of the slightly cantilevered body, slimming the glass as if it were a curtain.

In front of this body, the glass projects out like a thin skin, bringing out the lightness of the body that assumes a dynamism between the voids provoked by suspended pieces of metal and glass skins.

On the other hand, the blind side comes up against Laredo 17 and its only entrance for light are the balconies, irregularly expelled from the blind wall. 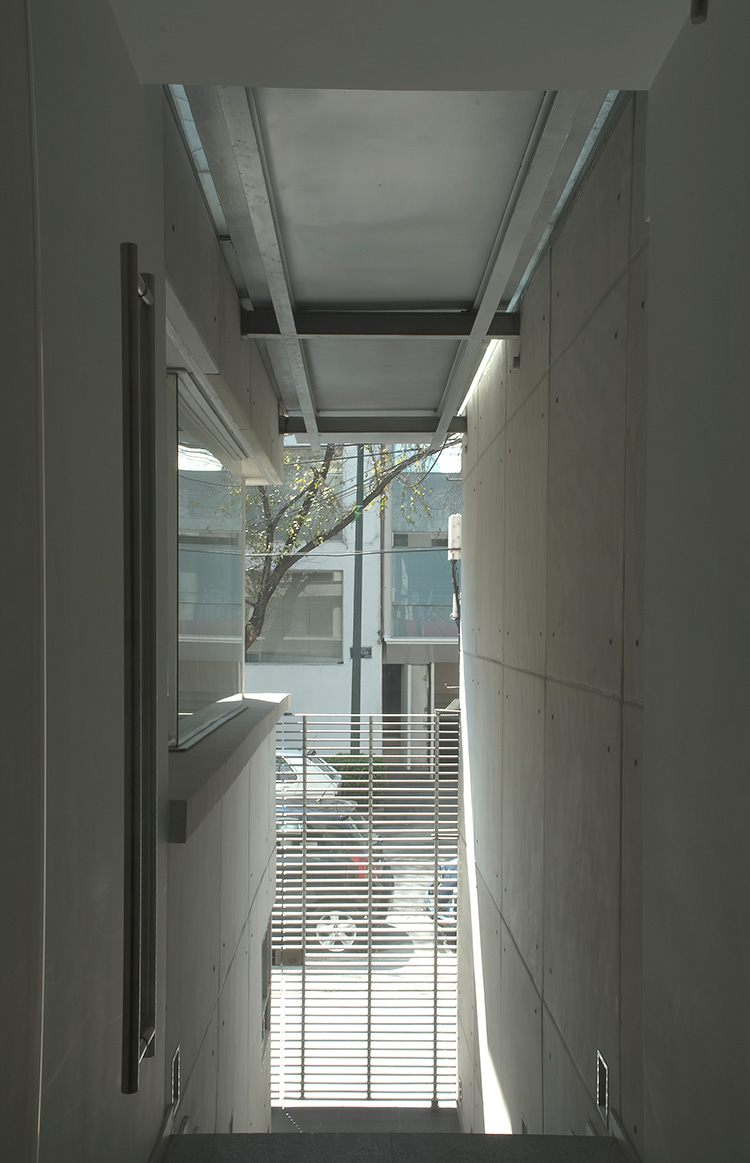 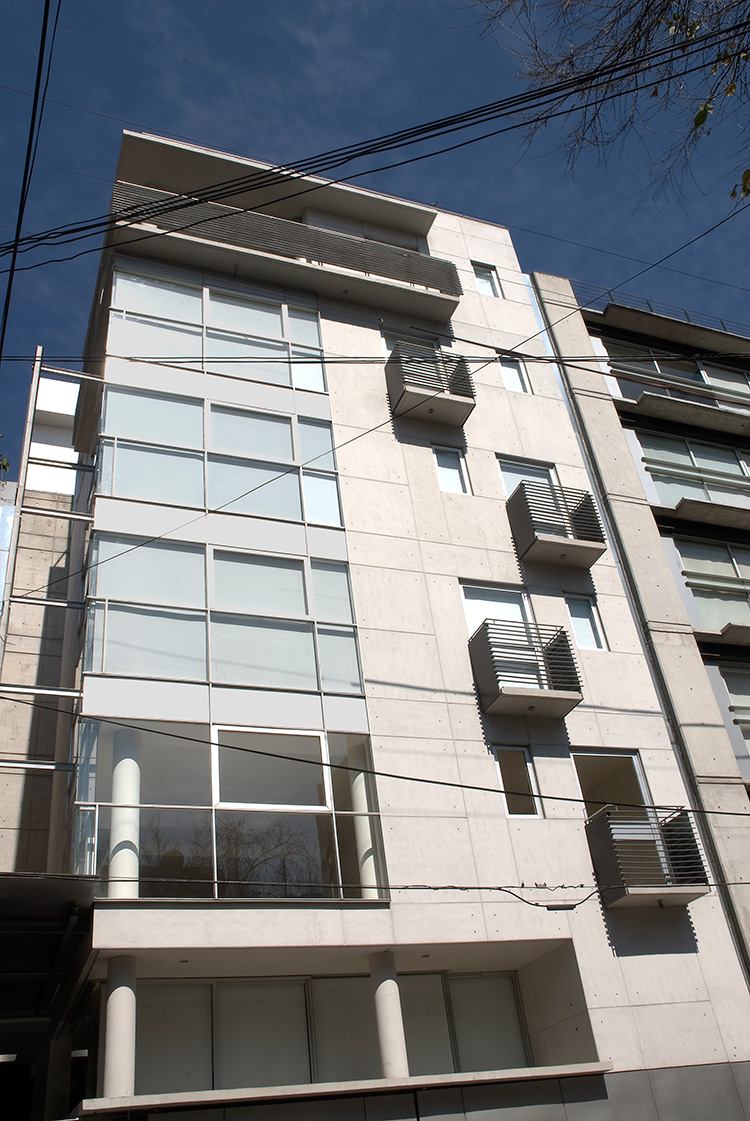 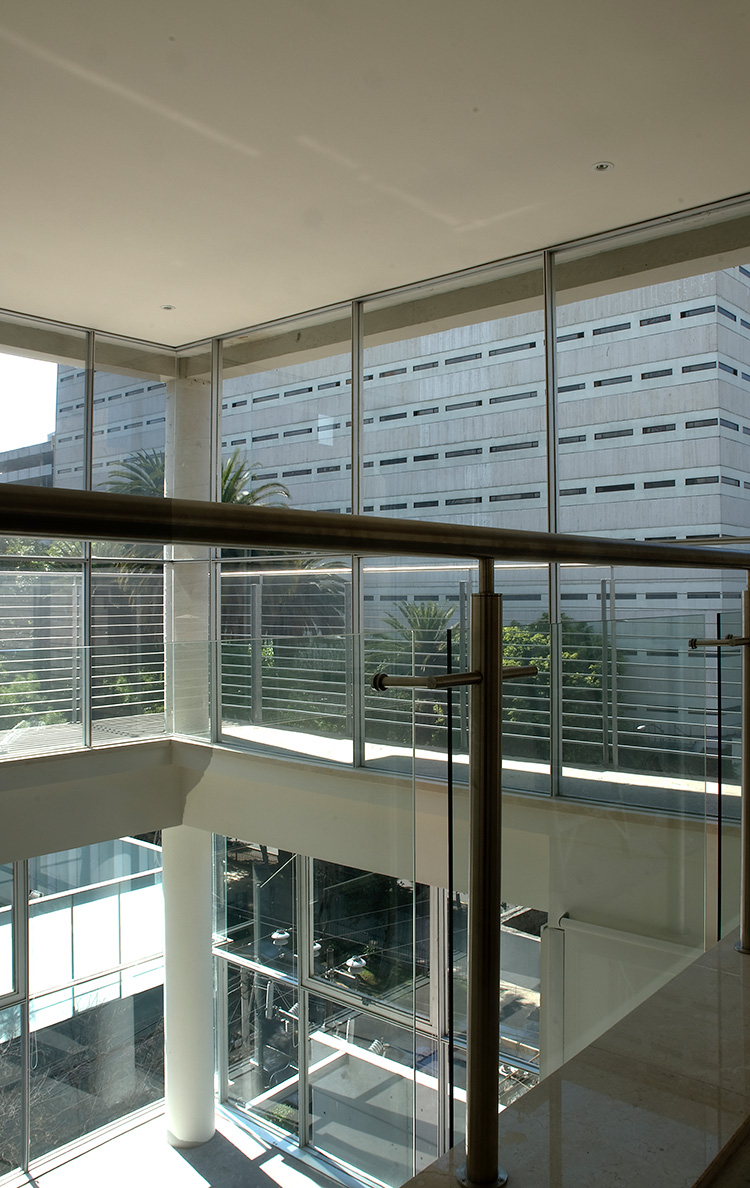