The project Laredo 8 made for the design of a very special piece on a 180 m2 property. Its short frontage and the zoning regulations favored a vertical, svelte proportion.

This façade has a metal skin made from light aluminum girders in front of the glass which confines the interior spaces, interrupted in the center by three solid metal plaques on different floors. These are the fronts of the balconies and contrast with the transparency of the weaving, giving the sensation of floating above the horizontal skin, in a vertical composition of lines at the front of the entire building.

The metallic skin thins the sveltness of the body, occupying only one part of the façade and on the right side, leaving the block of communication services in between the floors. The kitchens are on the left side, covered with a xx panel with high ventilation, that impede the tactical image of the interior. The same skin generates a thickness on the extreme left that doubling toward the façade forms a transparent wall at different planes. This exercise, confers thickness to the translucent element superimposed on the façade while it lightens the solid components.

The building is formed by two almost identical square blocks, connected in its interior by a glass bridge which unites the living areas and the service blocks in the front with the bedrooms at the back. 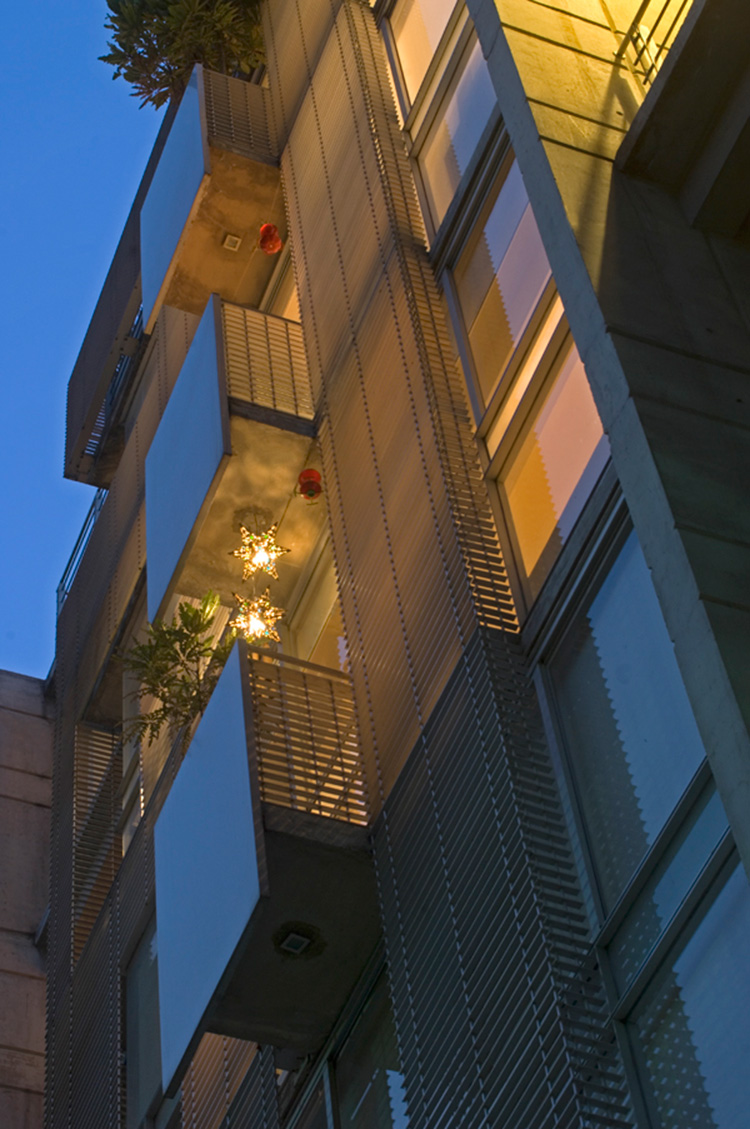 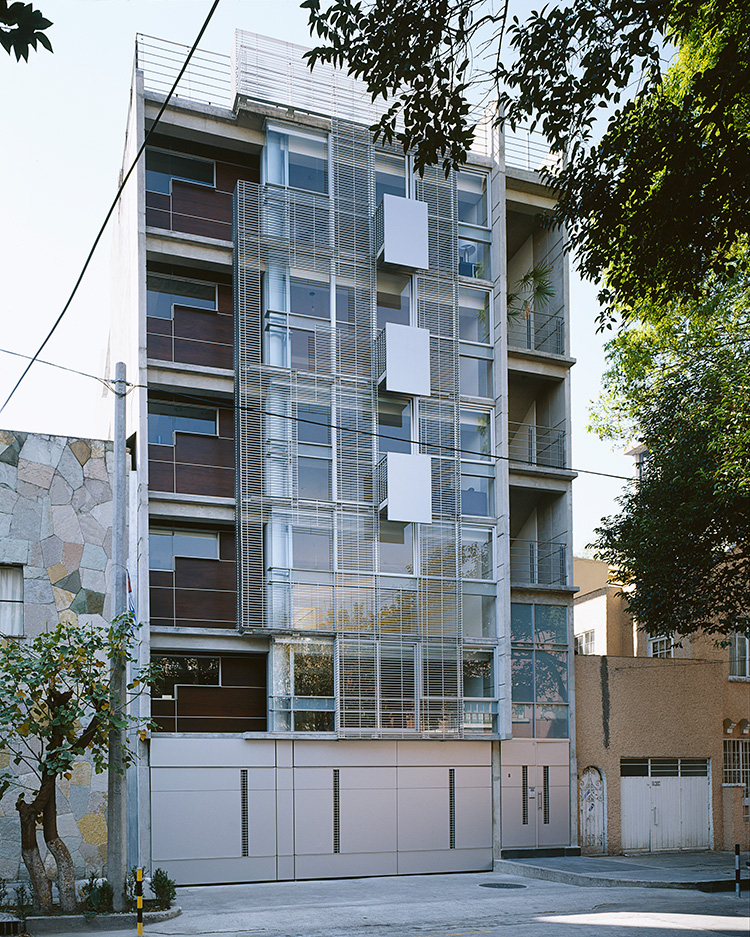 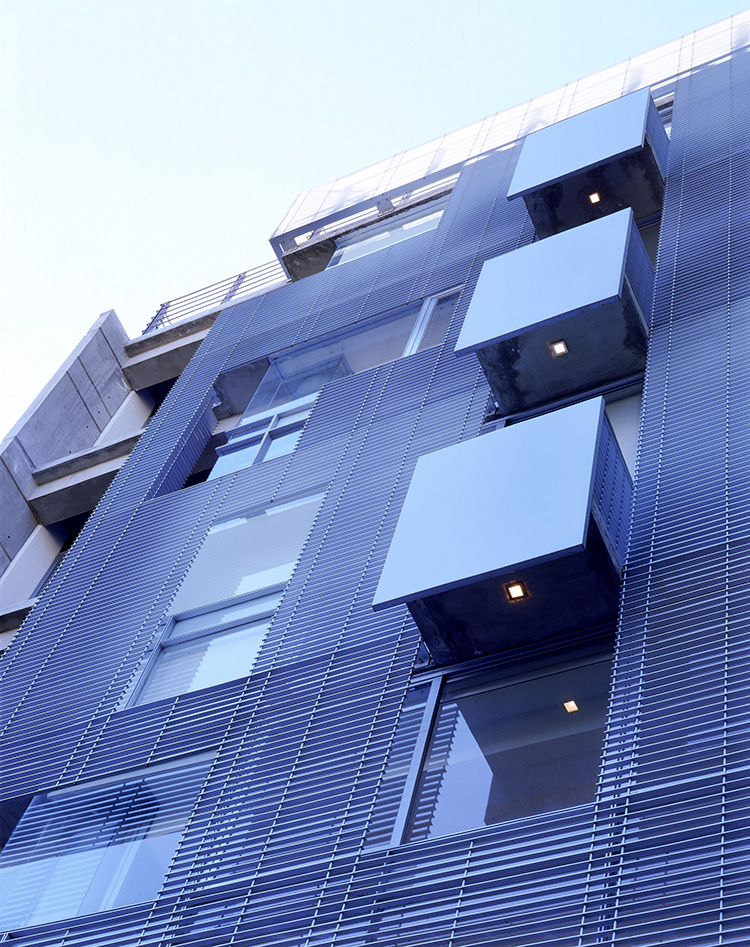 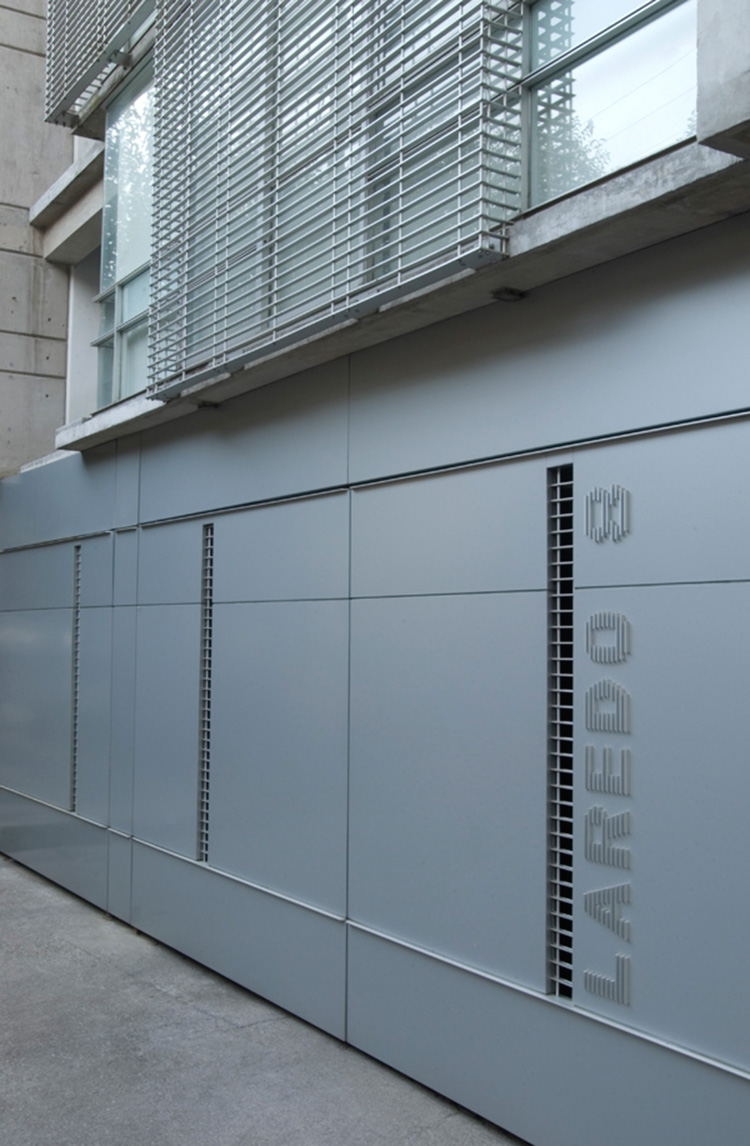