The guiding concept of the project is duality, where the two buildings represent polar opposites.

Developed on a 215 m2 plot, both bodies host five 85 m2 apartments whose only variable are the terraces that de-termine the volume of the building.

The two bodies are separated by a 1.63 m2 strip. The dividing line is designed based on a preexisting tree which embraces and articulates the project, symbolically expressing the duality. One body stands out as a floating volume, hard and vertical; the other is a fragileand horizontal body. One has a darkly colored wrapping and the other a light wrapping. Both face toward the street and, laterally, face a central courtyard.

The vertical concrete volume on the right hosts a “dark terrace” that, on the intermediate level, is completely closed and on the top floor forms a conventional terrace with a blind railing. The glass volume located in the left body houses an open terrace which can also be closed.

The parking occupies a module in the lower part of one of the bodies and at the opposite end there is a residential unit, which faces the street. The building has a cast iron lattice that allows for light to come through, protecting its interior. These lattices are adaptable to the desires of the user, bringing the exterior wall to life.

Parral 67 was nominated as a finalist in the 2008 World Architecture Festival in residential buildings. 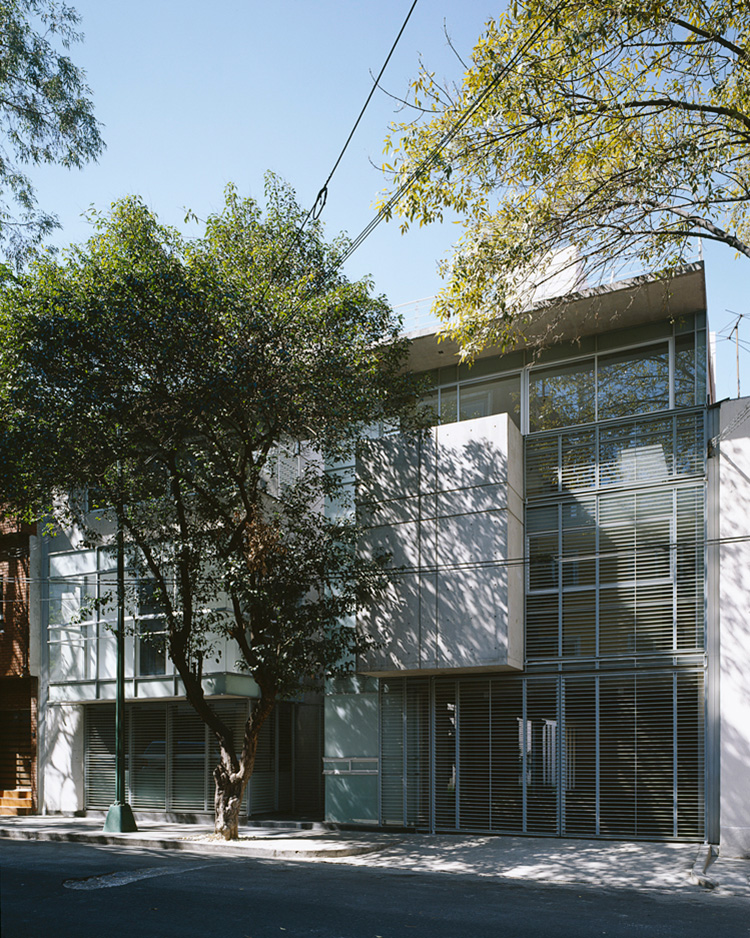 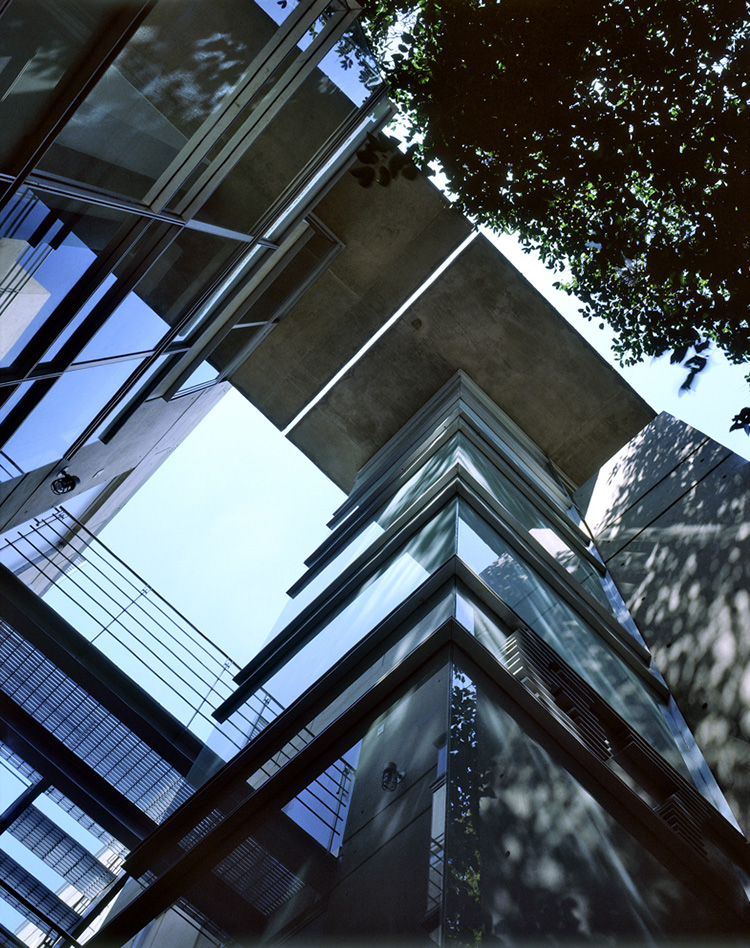 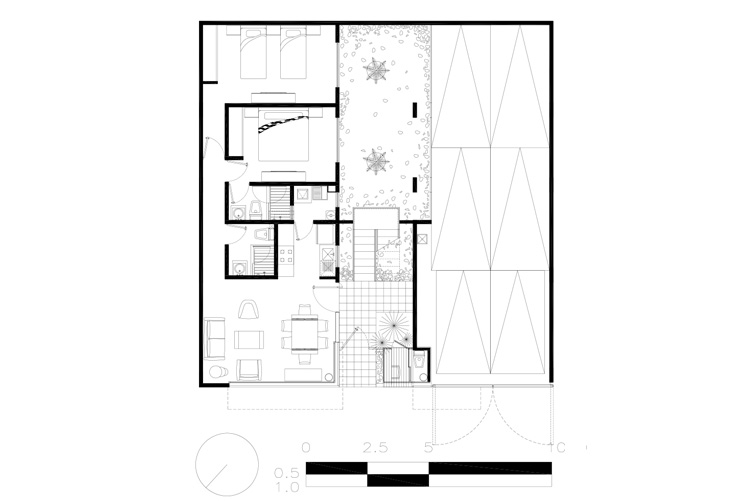 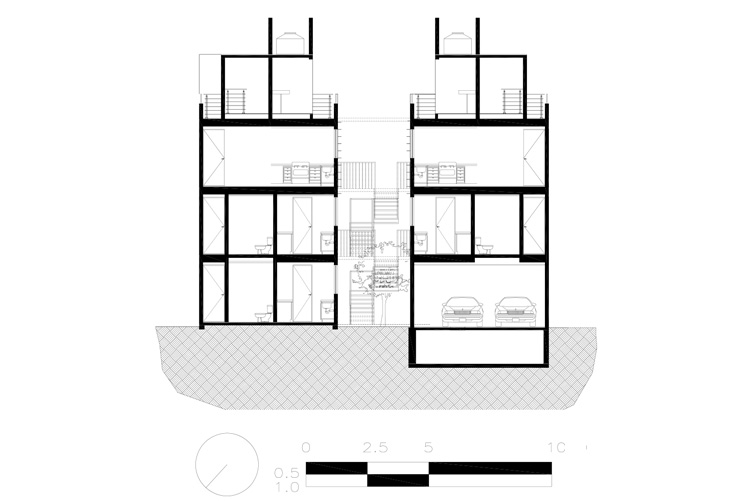 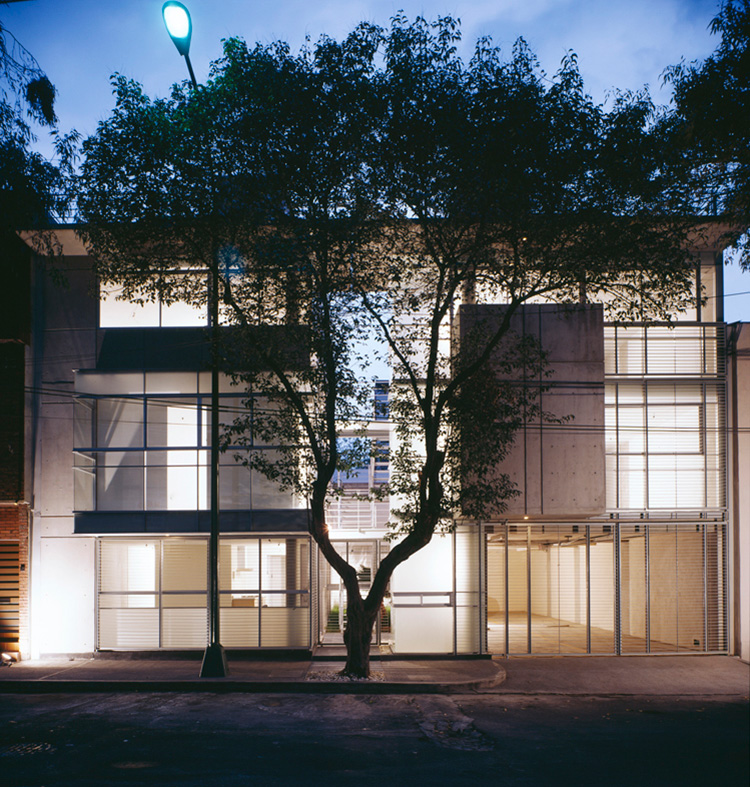 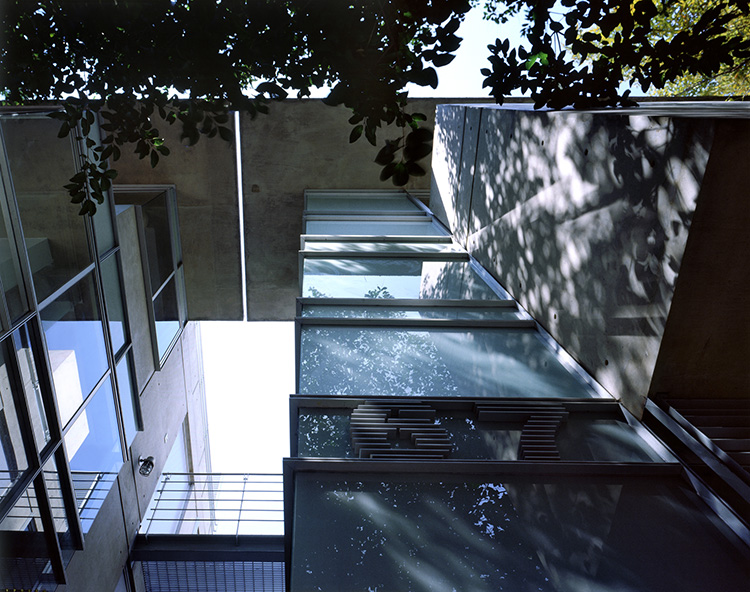 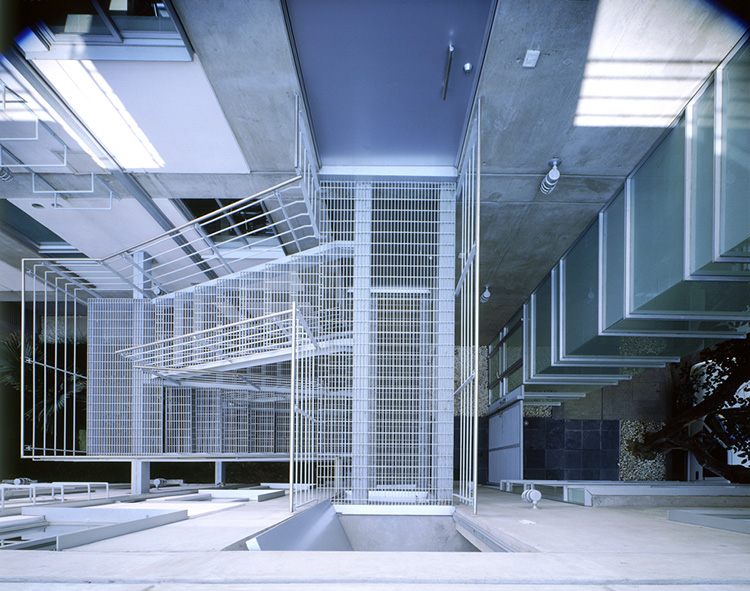 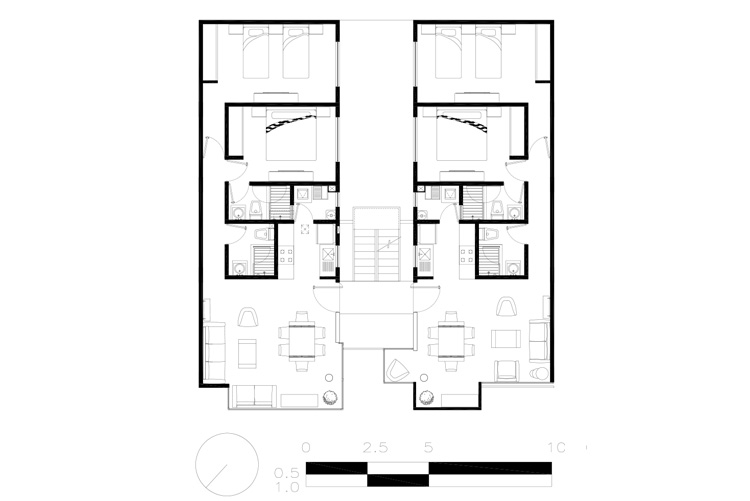